Yes and no. PLA isn’t a good conductor of electricity, but it will conduct a small current that can cause problems with electronics. The conductivity comes from impurities in the PLA material, typically moisture.

The good news is that most filaments are well below what’s considered dangerous conductivity and volume resistivity levels.

PLA falls somewhere between, with about 60% crystallinity, which means some areas where the molecular structure is ordered and others where it’s not.

So, is PLA conductive? Keep reading to learn more about the electric properties of PLA Filament below.

What Is Conductive Filament?

The conductive filament is a type of 3D printing material that contains metal particles or other conductive materials. It enables it to conduct electricity, which is helpful for applications like antennas, EMI shielding, and electrical wiring.

The most common type of conductive filament is carbon-filled PLA. This filament is made by adding carbon black powder to PLA plastic. 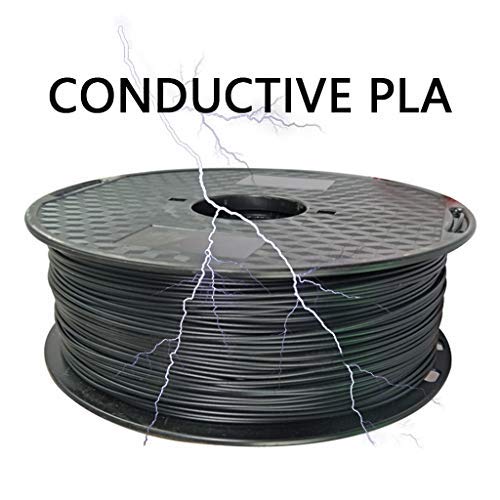 The carbon black powder acts as a conductor, allowing the PLA to carry a small current.

Carbon-filled PLA is the best choice for most applications that require conductivity. It’s easy to print with and has good electrical properties.

PLA is a poor conductor of heat because the movement of electrons conducts heat.

Since PLA is only 60% crystalline, there are areas of the molecule that are not ordered. These unordered areas act as insulators, preventing the flow of electrons and heat conductivity.

The type of PLA determines PLA’s thermal conductivity and the quantity of carbon black powder incorporated.

How Can You Make PLA Conductive?

There are a few ways to make PLA conductive. The most common way is to add carbon black powder to the PLA. It creates a carbon-filled PLA that has good electrical and thermal conductivity.

Another way to make PLA conductive is to add metal particles to the PLA. It can be done by mixing the PLA with metal powder or using a metal-filled PLA filament.

Metal-filled PLA typically has a conductivity of 10-20 S/m.

Conductive polymers are the best choice for applications that require high conductivity levels. However, they are more expensive and challenging to work with than carbon-filled PLA.

How Much Does PLA Conduct?

PLA conducts electricity, but it does not have good conductive properties. The reason for this is that PLA is only 60% crystalline. There are areas of the PLA molecule that are not ordered.

These unordered areas act as insulators, preventing the flow of electricity.

So, PLA is unsuitable for applications requiring high conductivity levels, such as electrical wiring. However, it’s still useful for applications where you need to dissipate static electricity or shield against electromagnetic interference (EMI).

Conductive Filaments. Do They Exist?

Yes. Conductive filaments do exist, and they can be used for 3D printing. These filaments are made by adding carbon black powder or metal particles to PLA plastic.

The resulting filament is electrically conductive and can be used for electrical conductivity applications.

Conductive PLA filaments are the most common type of conductive filament. They are easy to print with and have good electrical properties. However, they are not a good conductor of heat.

Metal-filled PLA filaments are another type of conductive filament. They are made by adding the metal powder to PLA plastic.

Conductive filaments are more expensive than standard PLA filaments. However, they are widely available and easy to use. 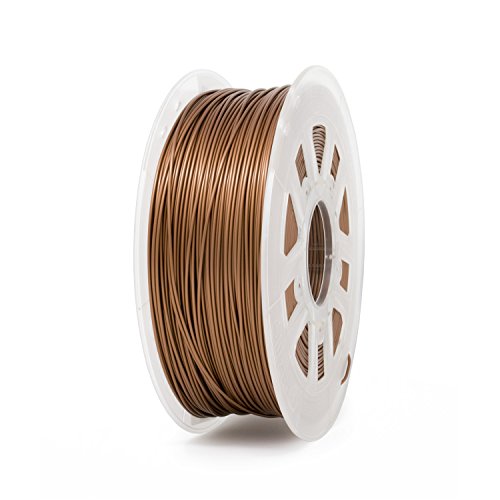 Can Conductive PLA Filaments Be 3D Printed (Used in a 3D Printer)?

The resulting filament is electrically conductive with a volume resistivity of 3D printed objects and can be used for electrical conductivity applications.

Conductive filaments are more expensive than standard PLA filaments. However, they are widely available and easy to use.

What Is the Density and Melting Point of PLA Plastic?

What Are the Electrical Properties of PLA Plastic?

PLA plastic has good electrical properties and can be made into conductive filament. However, it is not a good conductor of heat.

Is PLA Good for Electronics?

PLA is a good material for electronics because it has good electrical properties and can be made into conductive filament.

However, PLA is not a good conductor of heat. Its shows that it is not suitable for applications requiring high conductivity levels.

Yes, PLA is electrically conductive. However, it is not a good conductor of heat because it is not suitable for applications requiring high conductivity levels. so it should be used in low voltage circuitry applications or a normal PLA.

Is PLA an Insulator?

No, PLA is not an insulator. It has a semi-conductive contact surface that conducts electricity, but not as well as a conductor.

No, PLA is not electrostatic and has very low voltage circuits. It is a semi-conductive layer of lines and materials that can conduct electricity, but not as well as a conductor.

PLA plastic is an excellent material for 3D printing. It is strong, durable, and easy to use. PLA filaments also have good electrical properties and can be made into conductive filaments.

However, PLA is not a good conductor of heat, so it’s not suitable for applications requiring high conductivity levels.