Types of 3D Modeling. What’s the Best for You?

3D modeling can be defined simply as creating a digital and three-dimensional object. As witnessed in countless Hollywood blockbusters, computer games, and the digital print industries worldwide, there is no doubt that there is an increase in 3D Modeling. 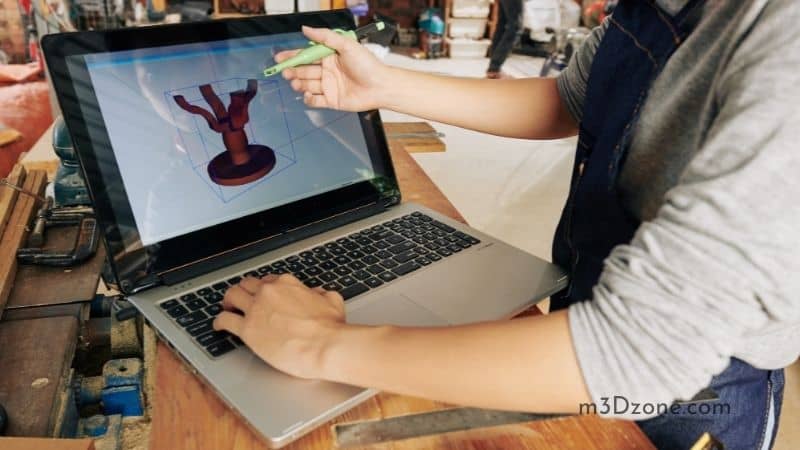 The rise in 3D modeling means it’s getting easier, right? well, not really. 3D modeling is quite complex.

Designers and 3D artists are incorporating different types of 3D modeling to gain ground in the highly competitive industry.

This blog post will seek to answer the question of the best types of 3D modeling techniques so let us proceed!

A major breakthrough in the modeling industry was witnessed when Computer-aided design systems (CAD) were rolled out commercially in the 1960s.

In 1963, Ivan Sutherland, the brain behind the sketchpad, introduced the “Robot Draftsman”, which had a revolutionary interface. This meant that computers could be useful in engineering and also potentially in interaction by designers and artists.

The following year,  IBM and General Motors came up with the DAC 1 (Design augmented computer) aiming to speed up vehicle manufacture. The rollout was positive.

By 1968 Sutherland and David Evans founded the first 3D graphics company.” “Evans and Sutherland” were mainly focused on hardware production to run the systems, but later it started producing the software for the said systems.

What is 3D Modeling?

3D modeling is described as a technique in computer graphics that produces a three-dimensional digital representation of any object or surface using software in a virtual space. 3D modeling can be done manually or automatically using computer-aided software.

Extremely detailed models with complex shapes (games ad animation) can be exported to other software for refining, while some situations allow artists to render 2d images in a process called 3d rendering.

What is the Purpose of 3D Modeling?

Besides the obvious role of converting objects into a digital form, 3D modeling has various purposes both at personal and organizational levels.

What Are the Main Types of 3D Modeling?

Primitive modeling uses basic shapes to come up with the desired digital objects. It combines pre-existing shapes by utilizing basic boolean processors to produce the different shapes and outlines through subtracting and/or combining.

By incorporating the X, Y, and Z dimensions to define shapes and surfaces, polygonal modeling uses the polygonal mesh theory as a guide.

A wire mesh is used to gain the desired shapes, and it’s mostly used in scanline rendering. Polygonal modeling can be challenging for beginners.

Rational B-Spline modeling is among the most common types of 3D modeling. Based on combining and adjusting geometric forms, this method is easier to learn and master and is popular among people of various backgrounds.

NURBS modeling method stands out as ELEGANT and is based on mathematical equations. Its independent functionality provides flexibility while ensuring that designers can add human intervention to achieve the desired shape.

Surface modeling falls under the Computer-aided design(CAD)methods and is a step up when it comes to defining different surfaces. Modeling software calculates the smooth surface and uses control points and control panels in cases of tangential planes.

Surface modeling has the ability to create visual representations of complex surfaces that are not possible in real-world situations. The modeling method is a bit complex and requires high training levels.

Wireframe modeling represents the real world through the shapes of a network of vertices. A single face has a minimum of 3 vertices, and every vertex has to appear at least once. Wireframe modeling requires higher computational needs and formal training.

Solid modeling comes in handy when complex objects with flat surfaces and consistent radii are required. Solid modeling is quite user-friendly, and no extensive training is required. It has low computational requirements due to low triangle numbers.

The types of 3D modeling discussed below are not heavily reliant on the models but on the purpose of the model piece.

Simulation is mainly used for other objects such as oceans, cloth simulation, fire and smoke, fluid, soft body, and physics simulation like a car crash. Computers calculate what happens per frame as setups with different physical objects and different parameters interact over time.

Kit Bashing is mainly used when detailing objects made with other modeling techniques.

Photogrammetry utilizes cameras that take photos from all possible angles in even lighting conditions and feed them into a program that interprets and generates a 3D model.

Since this technique is close to realism, textures and UV maps can also be generated. A UV map requires extensive cleaning due to the surrounding environment. New mesh and retopology are used to recreate the maps.

How Do You Create a 3D Model?

Designers and 3D artists have embraced two major ways of creating 3D models. First, by taking an object from a real-world situation and turning it into a digital model using a 3d scanner, and two, by using software and geometric data to build solid models.

3D scanning allows designers to create a digital copy of a real-life object, person, or environment. Often used as an add-on to pre-existing workflow, inspection, touch-ups, or editing. 3D scanning varies based on scanner tech and build. Latest smartphones do have inbuilt 3d capabilities to scan.

Digital sculpting is mainly used to create hyper-realistic models with smooth and organic surfaces. It manipulates the polygonal mesh by twisting, pushing, pulling, or adding extra geometry to mimic an organic structure. Digital sculpting is time-consuming and requires meticulous skill to come up with an excellent sculpted object.

The concept of sculpting organic shapes is quite similar to clay sculpting. Organic scans can be repaired using photogrammetry to add that natural touch to objects. i.e, dents and scratches

How do I Start 3D Modeling?

3D modeling has its fair share of common misconceptions about entry-level barriers. A laptop with a decent processor and a good graphics card is all you need to start your journey into the virtual world.

What is the Role of a 3D Designer?

The main job of a 3D designer is to create models based on the client’s instructions and requirements. Designers utilize a combination of hand drawing techniques, various software, and 3D computer modeling techniques to create the final product.

Hand drawn or use of more advanced programs can be combined to achieve the desired outcome. Designers should also participate in concept pitches for potential clients.

What are the Most User-friendly 3D Modeling Softwares?

Cinema 4D-With massive customizable and intuitive features, Cinema 4D, is arguably the most beginner-friendly 3D modeling software, allowing users to tweak it to suit their needs.

Z Brush- Z Brush has a wide range of 2D and 3D modeling tools. It stands out with its overlapping features that minimize processor overload.

Blender- Blender was initially created for artists, and small teams, and blender is a free and open-source program with a wide variety of tools.

What is the Easiest 3D Modeling Software to Learn?

To choose the best software for your needs, identify the modeling skills you possess. For beginners, the easier the types of 3D software, the better.

Tinker CAD – Tinker CAD is a FREE and popular software with very intuitive features. It guides the user on the basics besides being fast and easy.

Morphi – Designers comfortable with using a tablet over a computer will find this to be a blessing. Morphi is easy to learn and has a huge database of functional models.

How Can CAD Crowd Help You?

The CAD Crowd platform has provided an avenue where individuals and corporations can hire 3D designers to handle some of their modeling workloads at a fee. Design contests and submission reviews can be posted globally.

The different types of 3D modeling techniques are meant to create photorealistic digital objects and outcomes. It all comes down to designers and their skill set.

A combination of two or more types of 3D modeling guarantees excellent results based on the object.

3D modelers have an arsenal of tools to choose from in order to achieve desired results. It’s up to you to find the right tools that suit your needs. Remember, the more capable a technique is, the more complex it is to learn.