Is ABS Food Safe? Things You Need to Know!

Acrylonitrile butadiene styrene (ABS) is a plastic commonly found in household items such as appliances, toys, and even food packaging. 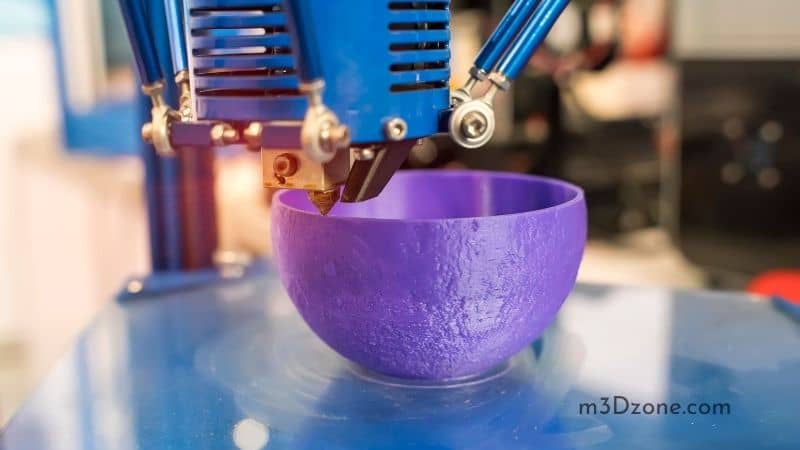 ABS is also known as nitrile rubber or NBR. The chemical compound is considered safe for human consumption, but some consumers are concerned about its safety.

Acrylonitrilegasoline copolymers are synthetic polymers that are manufactured from acrylonitrile and butadiene. This material is widely used in manufacturing plastics, adhesives, rubbers, and other industrial products.

In addition to being used in consumer goods, ABS is also used in food processors, medical devices, printing processes, and food transportation applications and equipment.

So, is ABS food safe?

“It is important to note that ABS is generally considered food safe,” according to the U.S. Food & Drug Administration. However, some consumers are worried about the possible health risks of consuming ABS.

Consumers should be wary of any plastic product containing ABS. Some concern has been raised regarding certain chemicals in the production process. Continue reading and get more information about the ABS and food Safety hazards.

What Is A Food Grade Plastic Safe?

One thing to note about food-safe plastic is that they are generally manufactured with tensile strength than regular ones. Because of this difference, they usually cost slightly more but last much longer than their nonfood grade counterparts.

The United States Environmental Protection Agency (EPA) defines plastics as materials formed from petrochemicals such as oil or natural gas.

Although most plastics contain no substances harmful to humans, they have been linked to various environmental concerns such as releasing toxic gases during combustion, leaching hazardous compounds into water supplies, and damaging marine ecosystems.

Despite these drawbacks, ABS plastic is probably safer than many other types of plastic, particularly when considering its widespread use in consumer goods.

Many people believe that the toxicity and potential health hazards arise from using certain raw materials or processing methods. For example, the industry uses sodium hydroxide as a catalyst in the Acrylonitrile butadiene styrene manufacturing process.

The result is a mixture of high levels of styrene and butadiene, converted into ABS polymers through heat treatment. Concerned individuals may believe that the presence of these elements makes ABS unsafe to consume.

However, there is little evidence that these substances pose any serious health risk. According to the FDA, the only known adverse effects of ingesting styrene or sodium hydroxide are skin irritations and gastrointestinal problems.

Other than that, ABS is considered safe for consumption. According to the Center for Science in Public Interest, the National Toxicology Program announced in 2009 that it would not ban either substance based on available scientific data.

Although some manufacturers claim that their plastic wares are entirely free of dangerous chemicals, others do not disclose exactly what chemicals they use in making ABS plastic products.

As a result, consumers may unknowingly buy derivatives that could potentially harm them.

ABS is a relatively rigid and strong plastic, and this means that your plastic plates, bowls, cups, or utensils can withstand this type of elevated temperature without breaking down.

Just be sure to run your dishwasher at average temperatures and limit the use of hot water and use warm water instead. Dishwasher rules recommend running the machine at 110 degrees Fahrenheit, while others recommend 140 degrees F.

While you should always exercise caution when using any heat source near food, most standard home microwaves do not present enough danger to warrant concern over the use of ABS.

When food is exposed to a powerful microwave, it heats up due to molecular motion induced by electromagnetic energy passing through water molecules.

Most ABS plastic is temperature resistant but it’s important to avoid using it in microwaves to avoid toxic substances and chemical properties getting into the food.

ABS plastic is often made with bisphenol-A (or BPA), an ingredient found to present some health concerns. However, the FDA considers BPA safe for human consumption based on current research findings.

It is also commonly used in electronic equipment such as computers, televisions, cell phones, and kitchen appliances like refrigerators and microwaves.

Although BPA can leach out of plastics, the amount released is negligible compared to the amounts absorbed through our daily activities.

For example, if you drink two 12-ounce glasses of soda every day, you would absorb more BPA from beverages than you would from the small quantity of BPA in your plastic.

Therefore, the FDA considers BPS safe for human consumption because it’s unlikely that humans will ever consume enough BPA to experience harmful side effects.

However, if you have sensitive stomachs and want to avoid certain foods containing BPA, then it might be wise to steer clear of BPA-containing plastics altogether.

Is ABS Filament Safe For Food?

ABS filament is regarded as unsuitable for use with anything that will contact food substances. That includes coffee mugs, food packaging, toys, and other products.

The Reasons Are Threefold:

If you’re looking for a food-safe filament with grade PLA, we strongly suggest selecting Filastruder XE and other food-safe epoxies with less toxic chemicals. It’s made from the same material safety data sheet that most 3D printers use.

However, Filastruder Xe doesn’t contain hazardous materials, unlike most food-safe filaments. It also comes with a special food-safe coating which helps to prevent a static cling between layers.

Yes, ABS is both USDA and FDA approved, meaning its safe to use to store food in. It’s also easy to clean and maintain and is great for storing any food.

The ABS food-grade plastics have to pass several tests before they’re allowed to carry the FDA-approved labeling.

A third-party lab must first conduct its own testing to meet government standards.

Then another test by the FDA is conducted to make sure they don’t have any contaminants at all. Once these steps are completed, they get officially labeled “Food Grade” and can be placed in the hands of consumers.

Consumer 3D printers often recommend HDPE because it provides excellent performance at low prices. As far as concerns regarding toxicity, HDPE is relatively inert and does not pose any known health risks associated with exposure to it.

However, there are still some questions surrounding the long-term effects of eating off food items printed from HDPE.

In addition to the issue of possible toxic compounds leaching into the food during printing (see the previous question), further research needs to be done to determine just what happens when we eat the creations made from this particular material.

While most 3D printers are designed to work on standard materials like PLA, ABS, and PETG, some companies create food-safe plastics.

Additionally, Ultimaker uses an FFF process to create its line of food-grade polymers such as TPE Polyolefin.

This method involves extruding thermoplastics through small holes in the build platform to achieve fine details. The final product is a smooth surface that has excellent resistance to cracking.

ABS food-safe 3D printing filaments are made from a combination of acrylonitrile and butadiene. These two ingredients are generally considered safe for most people when ingested.

There have been recent reports about adverse reactions associated with acrylonitrile exposure and several other properties and toxic particles.

But since this material is FDA approved for food storage, experts do not believe it poses any risks to consumers.

ABS also works well as a material for 3D printers. However, it is recommended that users take caution when handling it as it can burn skin or cause allergic reactions.