PLA vs PLA Plus (PLA+). Things You Need To Know!

While searching for an appropriate 3D printer, people usually conflict between PLA filaments and PLA plus filaments. Worry no more because I’ve researched all about these two filaments. This article will dive deeper to understand the differences between standard PLA vs PLA+ and which is worth buying.

However, there are many similarities between these two most commonly used filaments, but their significant differences include printing ease plus mechanical properties. PLA + is more durable, although some people find it hard to print.

Generally, PLA plus is enhanced and more durable than the regular one.

What Is Normal PLA?

PLA is a short form for Polylactic Acid. It’s a thermoplastic filament most commonly used in FDM 3D printers (check at Amazon). Also, PLA thermoplastic is a biodegradable, eco-friendly plastic made from corn grain starch plus sugar cane.

Most FDM printers with a 3D printing filament always use PLA because it’s cheap and produces high-quality prints.

Although PLA filaments have low-temperature resistance, they require low printing temperatures compared to other filaments like ABS and PETG. Also, PLA doesn’t require a heated bed for printing because of its better layer adhesion.

While standard PLA is ideal for 3D printing, it has a few downsides; a standard PLA filament gets criticized for being brittle and moisture absorption.

PETG and ABS are more robust and preferable, but neither is as simple to print with as PLA.

Therefore, addressing these problems, most PLA filament brands have come up with PLA plus, a modified PLA thermoplastic filament version of the standard PLA.

PLA+ is much stronger and has a better layer adhesion, and is less brittle than PLA, producing prints with a smooth and fine finish. 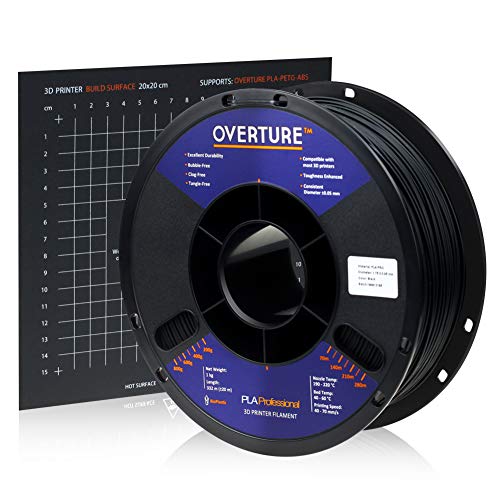 Its creation involves adding modifiers and specific additives to the standard PLA, enhancing it into PLA plus.

Standard PLA is naturally transparent: hence you can color it to different degrees of translucency and opacity.

Moisture absorbent: PLA filaments absorb moisture when exposed to a humid atmosphere for extended periods, which reduces the quality of your print since during the printing process, the filament bubbles, discolors, and spurts.

Most companies ship a spool of PLA filament through Vacuum seals with desiccant in it to prevent adsorption.

Rigidity because of not shrinking: PLA fails to shrink during the cooling process, finally becoming rigid and water-insoluble and potentially breaks instead of bending.

Also, due to lower temperatures, PLA filaments deform when used outdoors in the hot sun or within a hot car.

Hardness, PLA plus has improved hardness than regular PLA, and its rigidity is equal to that of ABS 3D printing thermoplastic filament.

Versatile and ease of use; PLA plus is a pro-PLA that doesn’t require heated beds for printing, and it flows easily without causing nozzle clogging or warping. What’s more? Pro PLA doesn’t require post-treatment and has a low melting point.

PLA + vs PLA. Differences & Is It Worth Buying?

Hence, if you want top-quality prints out of PLA print brands, go for PLA+ and set it right. Why? Since pro-PLA settings slightly vary from those of regular PLA.

Therefore, PLA plus has adequate power, and when it comes to printing functional parts like a monitor mount or TV stands, making it better than standard PLA in that dimension.

Therefore, you wouldn’t want to use normal PLA since PLA+ is a much healthier candidate strength-wise.

With a 3D printing project, outside or a project that requires being around heat, don’t go for either of the PLA printing brands because PLA pro and regular PLA are poor for outdoor use.

Hence, neither of the PLAs above has higher temperature resistance. But so far, in other materials, PLA plus out-stands typical PLA.

However, it’s worth noting that PLA+ resists most external conditions, and it’s easier to store than the regular one.

Regarding ease of printing, the standard formulation of regular PLA makes it print better than pro-PLA. Printing ease accrues from lower extrusion printing temperature compared to PLA plus.

On top of that, PLA plus is extra viscous than regular PLA; hence it has increased chances for nozzle clogging. Therefore, if you prefer a PLA brand that is easier to use, you can opt for regular PLA.

The best answer depends on your filament’s use. If you plan to build functional models, it’s preferable to use PLA pro for the outstanding characteristics discussed above. 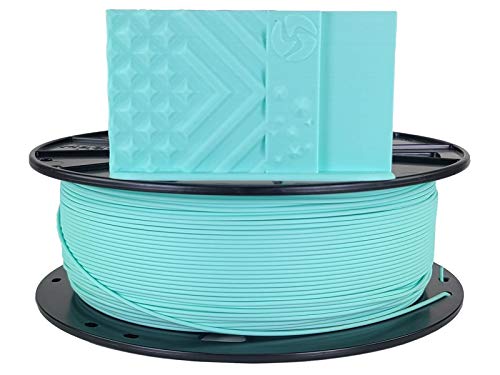 You can also use PLA+ as an eco-friendly substitute for ABS filament. It is one of the best PLA+.

If you’re printing on a budget, we suggest printing through standard PLA, and you’ll still have great PLA prints.

Is PLA+ Stronger Than PLA?

Yes, it’s biodegradable. Both PLA and PLA plus are biodegradable because of the same environmentally friendly materials composing them, including corn and sugarcane, plus other plant materials.

Can The Ender 3 Print PLA+?

Is PLA+ Lighter Than PLA?

PLA has rougher surfaces than PLA+, PLA+ has enhanced overhang properties than PLA, PLA+ requires high temperatures for printing and has a shiny reflection capacity better to showcase it, and its PLA pro is tougher

Can A PLA Printer Print PLA+?

Yes, it can print. A printer like Ender 3 pro can still print PLA+ because printing settings like printing speed and temperature are almost the same.

Both these thermoplastic filaments serve well and are top-rated for 3D printing.

However, although with a significant price difference, PLA plus will suit you better because it’s outstanding and enhanced, and yes, it’s worth buying PLA filaments because they’re easy to use and environmentally friendly.